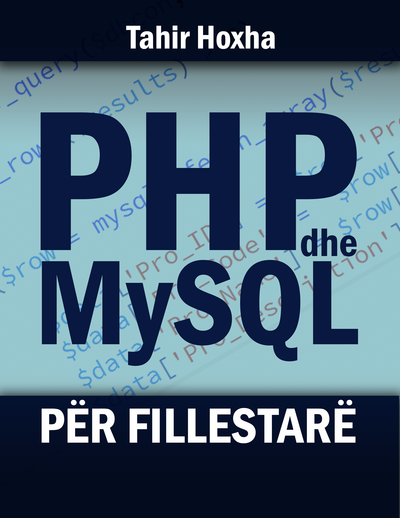 Per me teper: Blinkist

The biggest insight I’ve had as a programmer is just how often other programmers are portraying false confidence. My natural approach to problem-solving is Socratic, feeling out different ideas and taking small, well-supported steps. Compare and contrast that with making gigantic pronouncements full of bravado. Writing software is inherently an exercise in managing complexity, which is best done with caution.

The best developers I’ve worked with were willing to admit when they didn’t know something. Of course they could learn quickly. If you meet an arrogant developer who pretends to know everything, be careful. To them, their ego is more important than your software. An insecure person who mixes up their self-worth with their programming ability can be very unpleasant to work with. Sadly, some workplaces and development teams reward bombastic claims made with absolute certainty, even on complex topics.

If you have ability and a strong work ethic, people will notice. You will learn a lot from their reaction. If they react by treating with you with respect, they have strong character. If they react by taking every opportunity to belittle and undermine you, they perceive you as a threat to them. If you aren’t prone to petty jealousy and spiteful thinking, it will be difficult to empathize with people who are. Sadly, you must handle these threats. Declaring yourself “above it all” only makes you an easy target, especially once you gain more responsiblity and therefore power.

“Feigned surprise” (when someone gasps and says something like: “you don’t even know about monads?”) is a method of belittling someone and lording your superiority over them. Every organization says about itself, “we don’t have any rude, unpleasant people here. We’re different!” And during the interview process those people are hidden away. Usually you can only find out the truth by actually working there. But by banning feigned surprise, Hacker School strikes a real blow against unplesant, unproductive behavior, and drives away toxic people. That is a strong signal that Hacker School is the sort of place where someone can program and collaborate in a peaceful atmosphere, and therefore accomplish a great deal.

I loved Google Alerts, until it worked.  So, I was forced to create my own notifier (in the fastest possible way) and I wrote a basic python script that for my particular case, does the job pretty well.

The idea is the following: we search Google for our interested keyword/phrase, get the results back, find the total number of results, compare this number to our previous number of results (saved somewhere on a file), if greater: send email and save the bigger number on our file to use it for the next comparison. You can put this script on a crontab or, if in Windows, check Z-cron, and schedule it to run invisibly, say, every hour.

After the notification, I would go to Google and check the last 24 hour results to see what’s going on.

Below is the python script that searches for “Nard Ndoka” and sends an email to nardndoka@gmail.com when some page mentions this name. To use the script change the URL, email credentials, file paths, accordingly.

To have a 1000 foot view of the job market requirements and preferences, I thought it would be a good idea to count the frequency of words in job descriptions and requirements posted by the companies themselves.  As the main source, I used newsletters sent by  the American University in Bulgaria (Career Center) to its alumni for open job positions posted from June until end of August (2013).  To see the nature of these job listings, see a sample of a single newsletter. The overall scanned text length was 94725 words.  Now, straight to the results, since I intended this to be just a quicky.

Most used keywords, without any kind of filtering:

Keywords that are related to certain fields of study:

Languages: (Most of the jobs are located in Bulgaria, hence the high bar for Bulgarian) 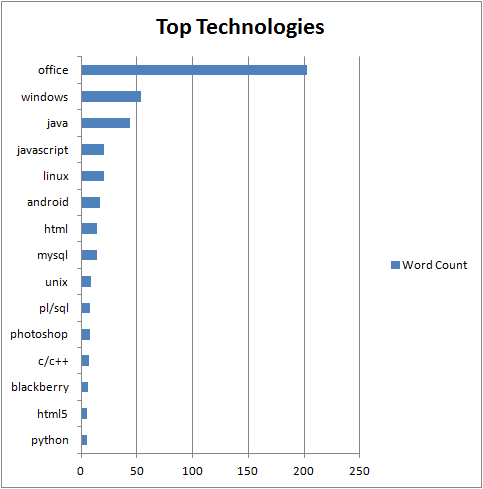 Most used collocations (sequence of words that occur together unusually often):

Let’s cut the crap and go straight to the bullshit part. One way, the simplest way, to prevent bullshit is to automatically filter out subjects related or that contain specific terms such as “initiative”, “leadership”,  “prediction”, “synergy”, “the government will” and so forth. The list of keywords can be expanded, reduced or altered according to user’s tolerance level of bullshit. But why these keywords? I’ll be quick: ‘initiatives’ – mostly used by NGO-s to initiate wire transfers, ‘leadership’ – used especially in university pamphlets while unintentionally throwing the dangerous idea that our leaders are educated, ‘prediction’ – mostly used by banks and investors to show us they can see the future but not the past, ‘synergy’ – used by business to describe the mutual exploitation that keeps them alive,  and ‘the government will’ – used by officials and government PR agencies such as the media.

Technically speaking, keyword filtering is easy to implement. Implementally speaking, the do verb would have been more straight-forward. But you have to understand, implement is more sophisticated and longer, and it increases the text length, which bullshit lovers interpret as: “too many lines, too much knowledge”.  Also, not to forget that ‘implement’ comes from Latin whereas ‘do’ comes from ‘scooby doo’.

Another, mechanical, way of spotting bullshit might consist in checking for over usage of terms and ideas, over a long-term period or sample. I realized this first when skimming Jehovah’s Witnesses’ pamphlets and noticed how many times the word ‘truth’ was mentioned. The number of occurrences was so vast, one starts to think there is something fishy going on. Then, an epiphany: it’s the lack of truth what makes them emphasize it. Compensating for the unseen at its dumbest.

The same happens with the word ‘intelligent’ (and its many synonyms) in business departments. They keep using and overusing these words until they don’t mean anything anymore; until they become conjunctions. Conjunctions of other conjunctions. But in business, and by business here I mean mostly corporate sized business, the bullshitter actually knows that the bullshitee (i.e. bullshit receiver) knows that is being bullshitted. I-know-that-you-know-but-let’s-pretend-to-not-know, that kind of situation. And they continue to do it, top-down, bottom-up.

I have to stop at some point because I run the risk to go on indefinitely if I continue to bring examples. The truth is, my dream machine is very far away from becoming a reality, and we will still be surrounded by bullshitters and bullshitees for a long time. Until then, the least we can do is scooby dooby doo.

This is how I feel when at customs E.U and non E.U nationals have two separate lines during passport control. I expect at least some (fucking) neutrality in neutral zone, some sort of indifference. Needless to say, I have a dream.